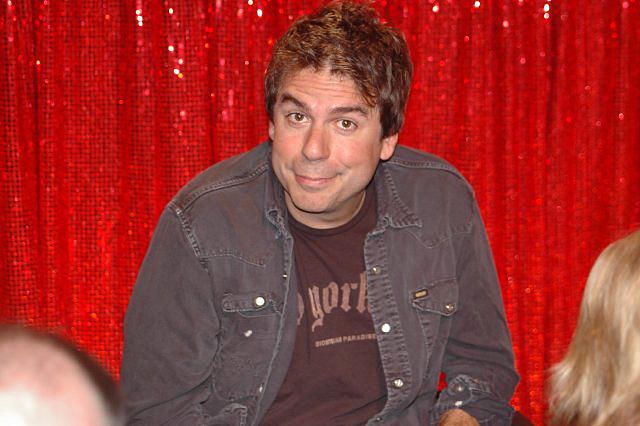 Gilbert said he was recently backstage at ‘The Tonight Show’ and remembered he hadn’t spoken with Artie Lange or Greg Giraldo in a long time, so he called them up: “I just spoke to their managers. And then 10 minutes later, someone came up to me and said, ‘Greg Giraldo died.'” Gilbert immediately tweeted: “Good news, his family is clearing his apartment and sending me a set of bath towels marked GG.” Howard wondered if Gilbert should allow himself access to such a public forum: “Do you think you should be tweeting?” Gilbert said TMZ had asked people if the tweet was ‘Hilarious or Horrible’: “A few hundred thousand people voted and [the result] was 50/50.” Gilbert said he loved to Tweet from his phone, which surprised Howard, who didn’t even know Gilbert could email. Gilbert shrugged: “Yeah. I can do email. I feel like a chimpanzee on it.”