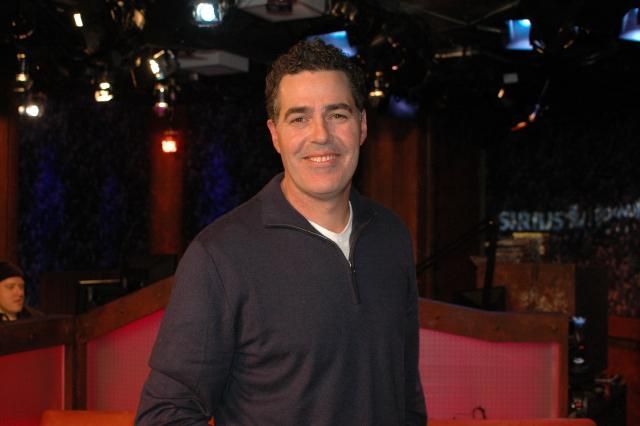 Adam Carolla stopped by to promote his new book, “In Fifty Years We’ll All Be Chicks…And Other Complaints from an Angry Middle-Aged White Guy.” Howard asked about the book’s list of “Guys I Can’t Hang With,” starting with ‘overly-groomed facial hair guy,’ so Adam explained: “The new school version of that is the guy who has the Sharpie stripe that goes around his chin.”

Adam also described ‘I Don’t Own a TV Guy’ (“He’ll rub it in your face.”) and Guy Who Brags About His ‘Rescue’ Dog: “You’re not a green beret, dickweed…don’t say ‘rescue.’ You didn’t repel out of helicopter and shoulder-roll into the front door.”

Howard asked if it was true that Adam cried at his wedding, so Adam shrugged: “You want to know? Honestly, I cried–I cried for her. She wanted to get married and I knew she wanted to get married for some time…as a woman, that’s her day. Like, I realized, as I was looking at her, that this was the day she’d been thinking about since she was a little girl. Soon it would turn into a nightmare but this–for that one moment in time, this was [about] her.” 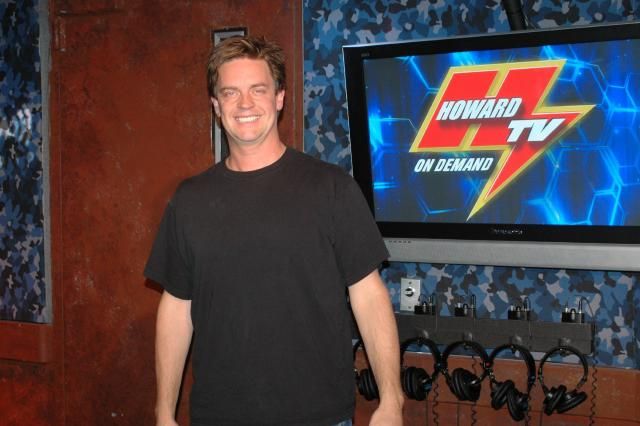 Howard played a clip of Jim Breuer talking about his feud with Adam, so Adam first lamented that we have too much time for petty disagreements (“We need a war. A real war.”) and then explained how he’d only pretended not to know who Breuer was when he was a guest on ‘Loveline’–10 years ago: “Obviously I was kidding. I was being facetious. Nobody would–if I felt–here’s how I know I didn’t mean it: You wouldn’t say it if you meant it. It would be the douchiest thing on the planet…I was trying to be funny. I was screwing around.”

Adam added that he and Jim had recently made up. Jim had sent word that’s he’d be coming to one of Adam’s stand-up gigs: “it’s awesome doing stand-up when you know there’s a madman lurking in the shadows.” But when Adam’s set was over, he stepped backstage and was able to connect with Jim as a fellow family man: “We hugged it out and had a Red Bull and called it a night.”

Before he left, Adam explained that he left ‘Loveline’ after the show’s producers wanted to pay him less. And not just less than Dr. Drew, which would be a first in an of itself, but nearly two-thirds less: “They saw fit to pay me way less than half and I didn’t know if they wanted me to quit. I didn’t know what the deal was.”