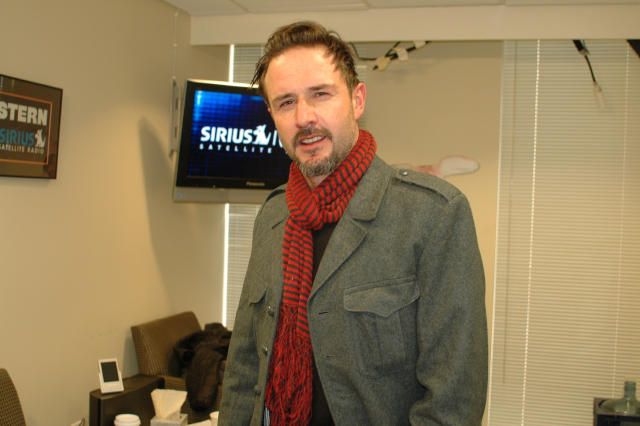 David Arquette stopped by–despite Howard’s protestations–and insisted his hoarse voice wasn’t the result of an illness: “I’m not really sick…I don’t have a ‘cold’ cold. I just lost my voice.”

David told Howard to man up (“What are you? A little girl?”) as he wasn’t about to leave the studio: “I’m not gonna miss Little Lupe and Dave Lambert!”

Howard said he’d been thinking about David and come to believe that he was having a nervous breakdown.

David said his marriage was in shambles: “It’s not over but it seems like it’s over…you don’t know what kind of shitstorm I’ve been in since the–since The Great Phone Call.” 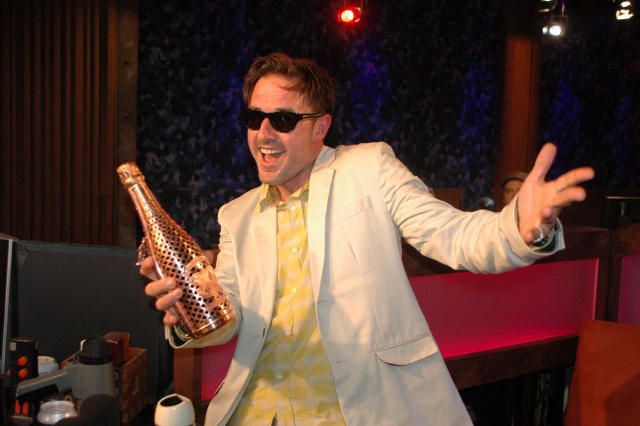 David said he’d recently had a revelation: “It was like a semi-religious experience…when I drink I become a maniac…if it’s scotch, I’m just an absolute madman.” David has since sobered up: “I’m definitely not drinking for a long time.”

David said he’d hit bottom when he’d drunkenly confused one friend for another at an Adam Sandler party: “I turn around and go, ‘Hey, Sean!’ And it’s Tom Cruise…I’d had a couple at that point.”