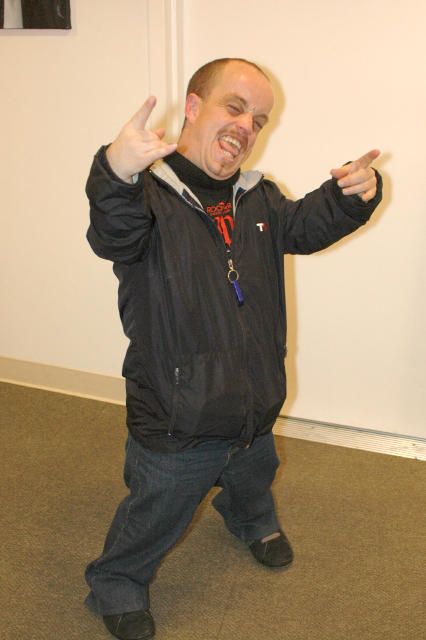 David also introduced the crew to Wee Matt, one of the stars of the Arquette-Beacher Madhouse: “He’s not just a midget. He’s an entertainer extraordinaire!”

Matt then stormed in and rattled through a storm of catchphrases, Vegas-isms and party-guy WOO!-s.

Robin turned to Howard: “Did you understand any of that?”

Howard laughed: “It’s a mental institution in a nightclub.”

Asked about his hard-partying lifestyle, Wee Matt bragged that he loved to have a good time (“Life’s too short!”), especially when it comes to women: “I go downtown. Carpet-munch. Oh yeah…I rock and roll it, man. Put mamas in a twizzler.”

Howard thought Matt had a future: “I got a movie project for you. It’s called ‘Psycho Elf.'”