Does Anyone Know What’s Going On? 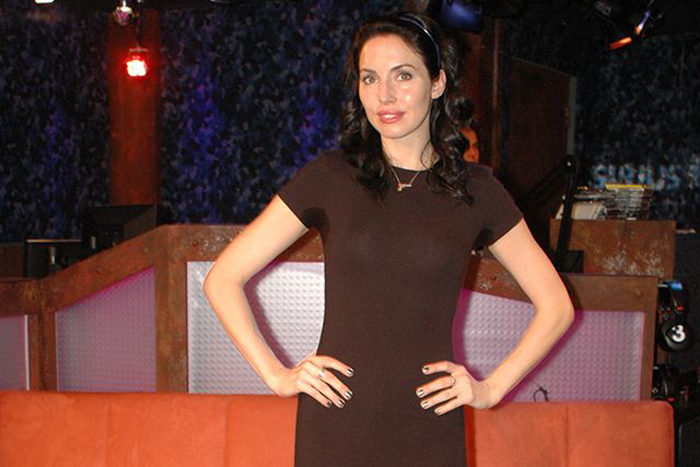 Whitney Cummings stopped by to promote the DVD release of her Comedy Central special “Money Shot” and told the crew she had a good time at last night’s (un-televised) Tarantino roast.

“There is something nice about not having to worry about network censors,” she told Howard.

Whitney gave props to Rob Schneider as one of the night’s best roasters. “Even the low bar aside, he was terrific,” she said.

Whitney told Howard she was filming a talk show pilot in January that would air 5 days a week right after “Chelsea Lately.” The show will invert the talk show convention. “My version is a celebrity comes on the show and interviews me,” Whitney explained.

Howard asked Whitney to share her best roast jokes, so Whitney repeated a few. Check them out (below).

To Richard Belzer, regarding his ever-present lapdog: “It must be a great watchdog, because if it can stare at you all day, it’s not afraid of anything.”

To the Friars Club in general, regarding host Samuel L. Jackson: “There are so many old white conservatives here that, during the silent auction, someone tried to put a bid on Sam Jackson.”

Sam Jackson again: “I’d be into having sex with Sam Jackson, but you know what they say, right? Once you go black, you get pregnant.”

To Rob Schneider: “Today’s actually a big day for Rob. Today marks the furthest his mouth has ever been from Adam Sandler’s asshole.”

Eli again: “Eli, your movies are like Kathy Griffin’s face. No matter how many times you cut it and re-cut it, it’s still horrible.”

To the guest of honor: “Quentin rips off so many filmmakers, when I Googled him to do research for this roast, Google said, ‘Did you mean Brian de Palma?'”