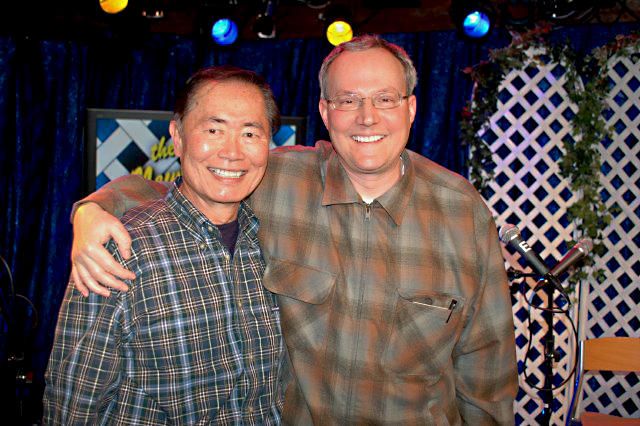 Howard started off the show welcoming George Takei back to the show–George will be sitting in all week–and noted that George might have brought bedbugs with him.

George said he and Brad recently returned to their New York apartment and discovered tell-tale bites the next morning. Surprisingly, they haven’t moved out while waiting for the exterminator to clean their apartment.

Howard was shocked: “With the bedbugs?”

George nodded: “With the bedbugs.”

George said an exterminator came in with a bedbug-sniffing beagle last Friday and found bugs on their bed and couch–but not their luggage: “We got it from the theater. Theater seats.”

Howard fumed that Tim Sabean hadn’t been able to find a beagle to check George when he came in this morning: “We almost told you not to come in because we thought you were going to carry the bugs in here.”

A Strip Search for George

Later, Gary said he could have a bedbug beagle in the studio by 10, so Howard told George he’d have to strip down: “You can leave your underwear on.”

George just laughed: “You’ll find every way to get people to take their clothes off.”

Howard said he was serious–the dog really can’t check clothes on your person: “You smell too much. They don’t smell people, they smell objects.”

Wilson Phillips Did Not Self-Destruct