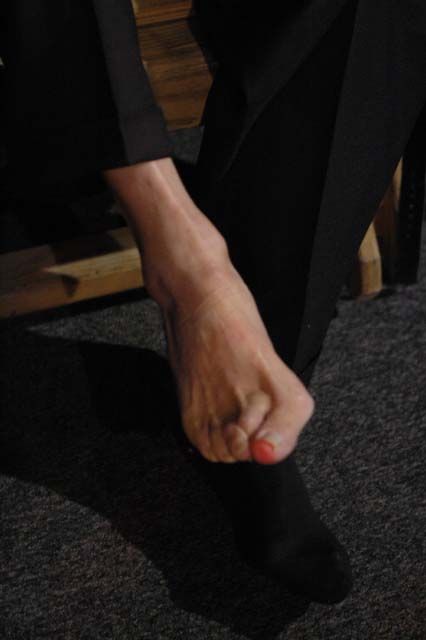 Early in the show, Howard reported that a doctor had written the show after seeing pictures on HowardStern.com and offered his medical opinion:

George Takei might suffer from hallux valgas, a hereditary condition caused by weak ligaments in the foot.

George looked at his foot and nodded: “It’s grotesque.”

Asked if he had considered having a second corrective surgery, George balked, saying he didn’t want to endure the long recovery time.

George added that his partner Brad doesn’t seem to mind: “He has caressed it and hugged it just to let me know that he doesn’t care.”

‘Sweet’ Connie Hamzy Has Been Around