Benicio Del Toro Stops by Ahead of ‘Wolfman’ 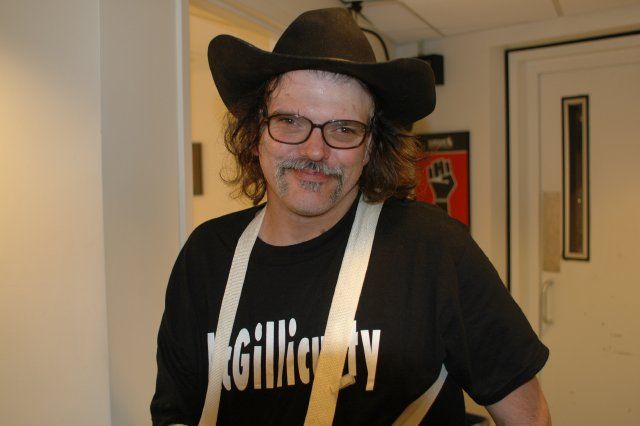 Jeff the Drunk called in to report that he’d had a stroke early Monday morning: “Sunday I drank a lot cause the Super Bowl. And then I came home and felt sick and then I thought it was all the food I ate.”

Howard joked: “It wouldn’t be because of the alcohol?”

Jeff said he knew something was wrong when he woke up two days later: “I looked in my mirror and I smiled and the right side is the only side that went up.”

Jeff said his doctors weren’t sure if the cause of his stroke was (non sexual) herpes, Bell’s Palsy or Lyme disease, so Howard asked Robin to predict the impending blood test’s results: “A- Herpes; B- Bell’s Palsy; C- Lyme disease; or, D – is he just a disgusting drunk?”