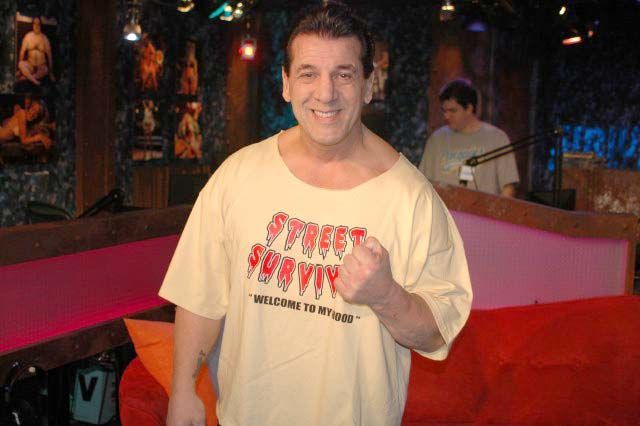 Howard played a clip from Monday night’s ‘Chuck Zito’s View’ in which Chuck confessed to using “deca” (a slang term for the anabolic steroid, Nandrolone) during his stint on HBO’s ‘Oz’ and denying he’d ever felt bad about beating someone up: “I never hit a guy who didn’t deserve it so I’ve never felt bad after a fight.”