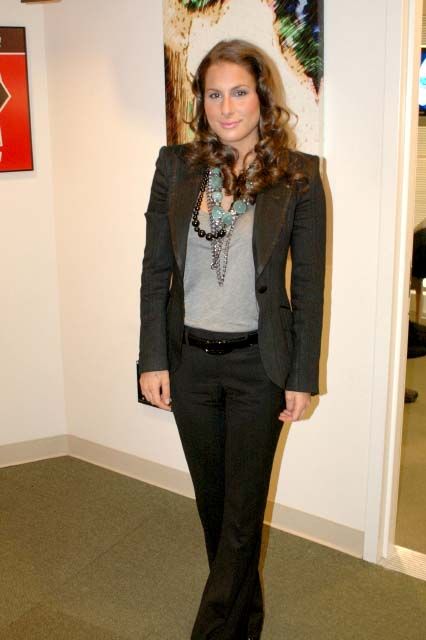 JD told Howard he’d brought Ashley Dupre to the show’s private screening of ‘Shutter Island,’ saying it was one of the rare times she took his call: “It’s off and on–the communication.”

Howard and Robin wanted to know what she wore and what happened afterward, so JD shrugged: “Just like a sweater and a pair of boots and her pants…we met at the screening room…[afterward] she said her mom was in the city and she had to meet her for dinner.”

Howard wondered if JD was being played, but JD scoffed: “Nothing’s getting played! There’s no playing!”

Robin disagreed, saying Ashley was obviously brushing him off: “This is the busiest unemployed person in America.”

JD said he was very aware of his place in the friend-zone: “I’m in a hole and uh whatever. I don’t know…she texted me [to say] ‘I just wanna make it clear that we’re friends’…she didn’t wanna lead me on.”

Dream Date vs. The Friend Zone

Howard told JD he had a new movie called “She’s Out of My League” wanted to spend $5000 on a promotion on the show and suggested that he use it to take Ashley on a “dream date.”

But JD didn’t think he could make it work. Gary said JD didn’t have to spend the money on Ashley–he can use it to take any girl out so long as she’s out of his league.

JD didn’t like the idea: “I try to keep things in reality. It’s why I’m on pills.”

The crew pressed him to come up with a few dream-date ideas, but he balked: “I’m not much of a dater. I don’t know what to do.”