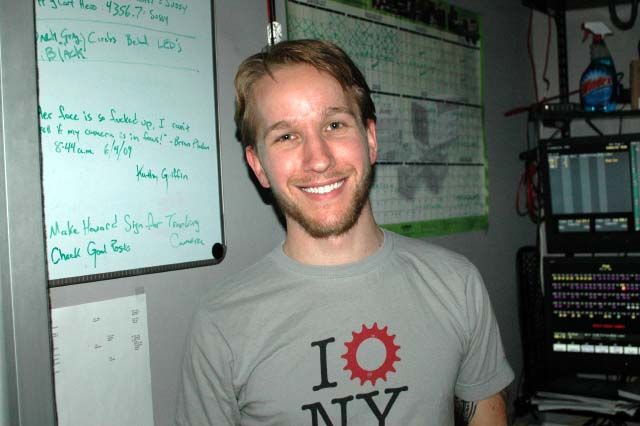 Sussy, a lighting guy for HowardTV, came in to tell the crew why he’d recently announced his departure: he plans to ride his bike around the world for a few years.

Sussy said his job wasn’t hard (“The difficult part is working with Scott DePace.”) but he wished to do more: “I’m doing a research project on organic farms and sustainable farming systems…I’m traveling from farm to farm across the US and then flying to New Zealand, Australia and going through Southeast Asia.”

Under questioning, Sussy explained that he’d saved up $30,000 for the trip and even lined up a bike sponsor.

Howard was unimpressed: “Way to throw your life away…what are you running away from?”

Sussy said the most important part of his life is coming along–his girlfriend plans to join him for the international leg of the trip.

Howard eventually leveled: “Honestly, I do wish you luck with your plan…you’ll be well-rounded.”