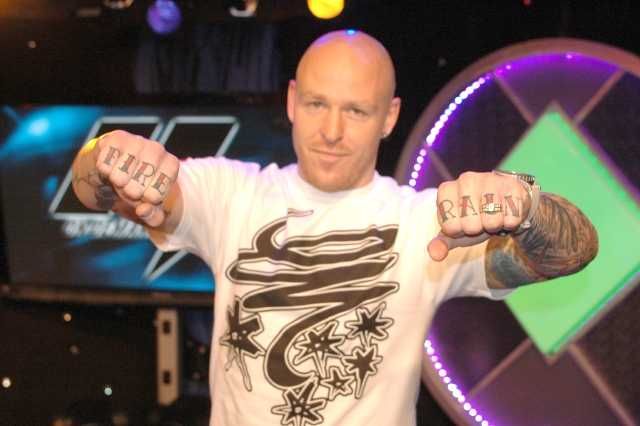 Jason Ellis stopped by to promote his SiriusXM show, which airs every weekday from 3 p.m. to 7 p.m. ET on Faction 28.

Howard noted that Jason used to be a professional skateboarder, and Jason explained, “I’m pretty washed up … I was top three in the world for a couple years .. .I’m still in the game, but I’m not at that level anymore.”

Jason said he got his taste for wild stunts from his father. “He sold computers and he didn’t know anything about them at all,” Jason told Howard. “He’d fight people in traffic.”

Jason added that he was still, in a way, trying to impress his dad. “I’m addicted to being scared. I love testing myself,” he said. “I’m actually kind of a pussy.”

But He Will Fight the Disabled 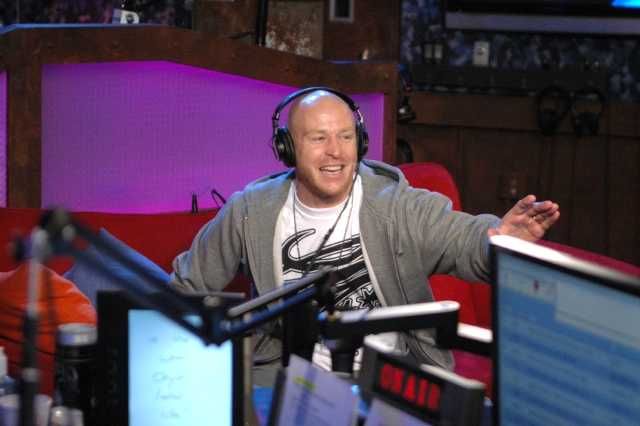 Jason told the crew he was throwing an ‘EllisMania’ bash soon in which he plans to fight a wheelchair-bound opponent in the ring.

Howard asked if he was afraid of losing to guy in a wheelchair, but Jason claimed he was secretly hoping to lose, saying, “I kinda hope I do … but I will beat him up if I have to.”

Jason said there would also be a “Master Blaster” bout at the event, which he described as a match between four men, paired off, with one wrist and one ankle tied to their partner’s. “So if the middle arm and the middle leg don’t do shit, you just get punched in the face,” Jason explained.