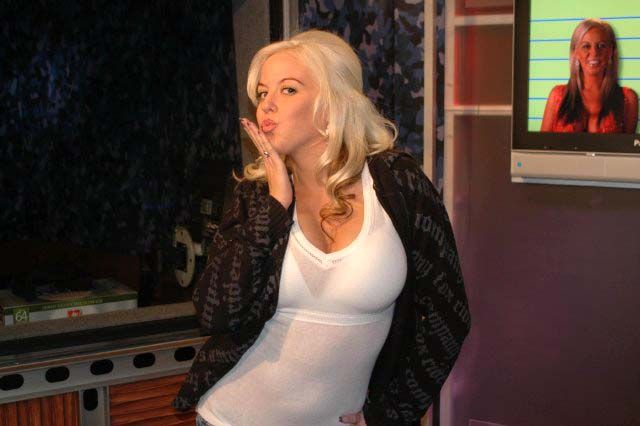 Andrea was crying in the clip and just a barely understandable: “It was my birthday yesterday. And none of you called me…I’ve never said anything bad about Howard or Gary as much as I want to kick his ass…I don’t like the idea of this contest.”

Andrea also made a vague threat (“I’m writing a book and I’m gonna get away with it.”) that led Howard to laugh: “She’s like Castro. She thinks she’s the dictator for life.”

Robin had a hard time understanding Andrea’s ranting as well: “Is she speaking English?”