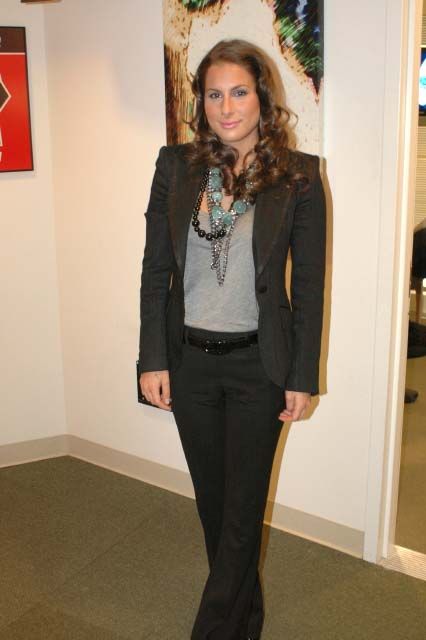 Howard wanted an update on JD’s plans for his dream date with Ashley Dupre, so JD came in: “I believe we have chosen to go out next week in the city somewhere or something.”

Howard asked which city JD was referring to, and JD shrugged: “I think New York.”

JD added that Ashley was still difficult to nail down (“We played phone-tag yesterday.”) but they’ve so far agreed to have dinner, catch a show and then head to a hotel: “It’s a plan.”

JD said he’d scrapped his plan to use the $5,000 of dream date dollars to film her music video: “If we [make a video], it’s not gonna be for this.”

He was too apprehensive about directing anything for the show: “It would just be a whole–like, I don’t my whatever it is–under a–under a microscope…I don’t need, you know, that–that criticized with this whole big thing.”

Howard didn’t understand, so JD tried again: “Like I don’t–I don’t want to force something and have it criticized–you know, under a microscope. Under this guise.”

Howard thought JD could make a good video, but JD shrugged: “I don’t know if I could–I–I just–I haven’t–I would rather just do this. Can I just do this?”

JD later revealed that ‘this’ included dinner at Per Se or Nobu and some champagne back at the hotel.

Howard thought JD might need more than champagne to seal the deal: “You gotta get a coupla spliffs up there…I’m not into doing anything illegal, but in this case you might need it.”

Fred thought Ashley should be told that the dreambdate ends at a hotel with JD–and not Mark Sanchez.