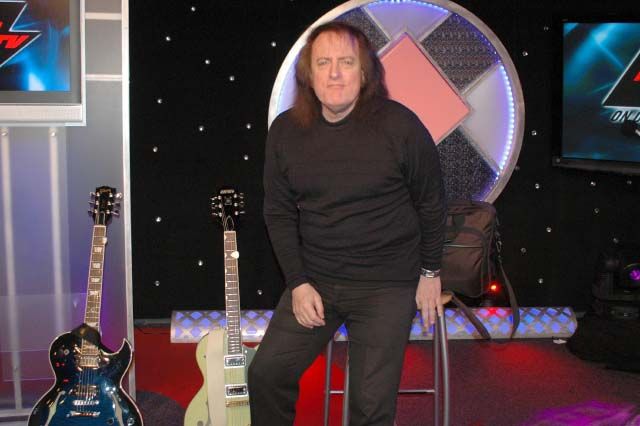 On “Me, the Mob and the Music”

Tommy James stopped by promote his new book, ‘Me, the Mob and the Music,’ and told the crew he got his start thanks to an enterprising Pittsburgh DJ and Roulette Records figurehead Morris Levy: “Most people did not know that Roulette was a front for the Genovese crime family in New York.”

Tommy said he lost millions to Morris, but Morris also gave him the freedom he wouldn’t have had at a major label: “I probably would’ve done a version of it but it wouldn’t be the version we all know.”

Howard asked if Tommy had had his share of groupies back in the day, but Tommy would only admit that “there were some fun times,” saying he was married at the time–and more interested in drugs: “I was popping pills. Amphetamines. They’ll make you psychotic.”

After Howard recounted an arrest report in which Tommy was found drunk, shooting a gun into a swimming pool, Tommy joked: “It can happen to the best of us.”

Tommy told the stories behind his biggest hits, including ‘Crimson and Clover’ (“It was two of my favorite words. It just sounded profound.”) and ‘Mony, Mony’ (he mis-read a Mutual of New York sign) and performed both ‘Crystal Blue Persuasion’ and ‘I Think We’re Alone Now’ in-studio.