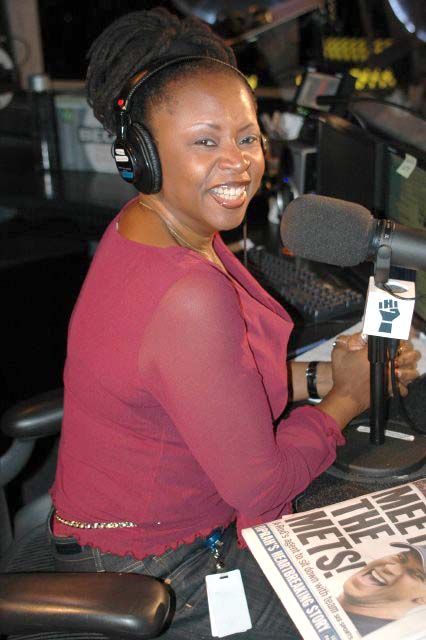 Howard noted that Robin had recently invited some of the staff to a charity dinner at which she will be honored for her humanitarian efforts, but insinuated that someone was irked by the implicit obligation to donate.

Robin said Howard was bad at protecting his source’s identity: “I know exactly who it is.”

Robin shot back: “You should. I’m being honored!”

Robin said that was fine, and addressed Howard’s source: “I know who it is. Ross Zapin…I said to him the other day, ‘Oh, Ross. I’m being honored,’ and he went, ‘Ugh.'”