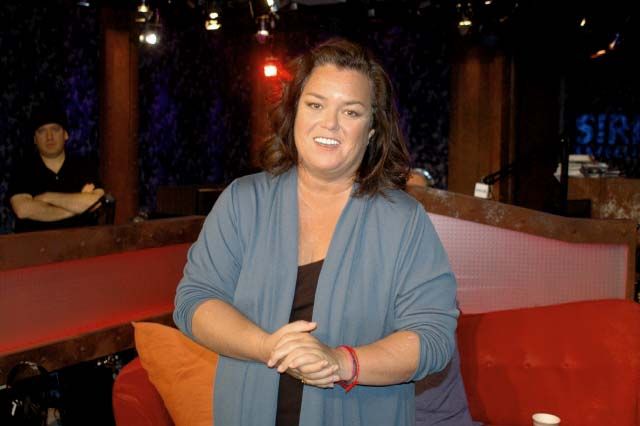 Howard learned that Robin was planning to have dinner with Rosie O’Donnell later this week and asked if they’d be discussing Robin’s weight loss methods.

Robin confirmed his suspicions: “Rosie has wanted to talk to me about what I did, yes.”

Howard continued to speculate about the provenance of the dinner, but Robin refused to explain further: “I didn’t plan the dinner. Rosie called me.”

Howard told Robin she should tell Rosie about her “fill” capacity – that is, the amount of water she can hold during one of her colonics: “Imagine if that was a national sport!”

Robin refused to say how much she could hold or reveal what she usually discussed with her colon therapist: “We don’t even talk about the colonic. It’s like being at the bar.”

Howard joked Robin should bring an enema kit to dinner with Rosie just to be safe: “Bring a hose with you … just in case she gets inspired right there during dinner.”