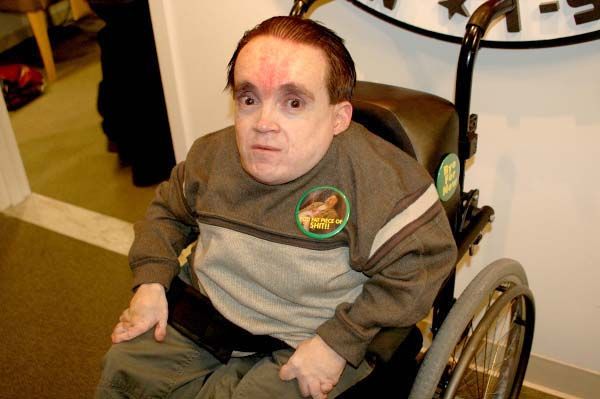 Eric the Midget called in to say something about ‘American Idol’ but Howard didn’t get his point: “I have not noticed what you’re talking about. That’s why you’re in the wackpack.”

Eric denied he was in the wackpack, saying he was also upset about being mentioned in Captain Janks’ most recent rash of prank phone calls. Captain Janks called in to laugh: “I don’t have any more of a problem [with Eric] than anybody else who listens to the show does. He’s a dick…you’re such an ungrateful little prick.”

Eric shrugged off Janks’ argument: “I got along with everybody when I was in high school and junior high.”

Robin laughed: “We should have met you then.”

Howard repeated his belief that Eric was a wackpacker, but Eric insisted he was not a member: “No I’m not and I hope to be going back to the Bunny Ranch this summer.”

Howard promised to see what he could do about getting Eric laid and hung up.