Howard Is the King of LA

Ashton Kutcher Gives a ‘Killer’ Interview on the Stern Show 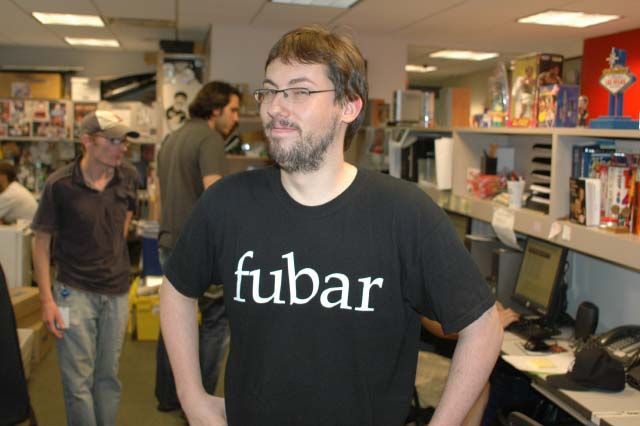 Lisa G reported that JD’s most recent girlfriend broke up with him because he doesn’t like to go out that much, but Howard doubted whether JD ever had a girlfriend in the first place.

JD came in to say Howard was right: “It wasn’t anything serious. There was no girlfriend…she is just interested in me more as a friend.”

Steve Brandano followed JD in to say he should’ve tried harder: “This girl was really cool. She was into JD…they were really close.”

Steve added that the girl seemed to be into JD for the right reasons, leading Howard to joke: “No, she wanted his money.”

JD said the break up happened via chat: “We were IM’ing. In different places, IM’ing. Instant Messaging.”

Howard then read a report from Jim McClure, who also met JD’s ex-whatever: “She said JD is so much better on the air than in person.”

No Hair on His Chinny Chin Chin

While he was in the studio, Robin noticed that JD seemed to have a bald spot in his beard under his chin and started to mock him for it. Howard even offered to teach JD how to shave properly, but JD declined.