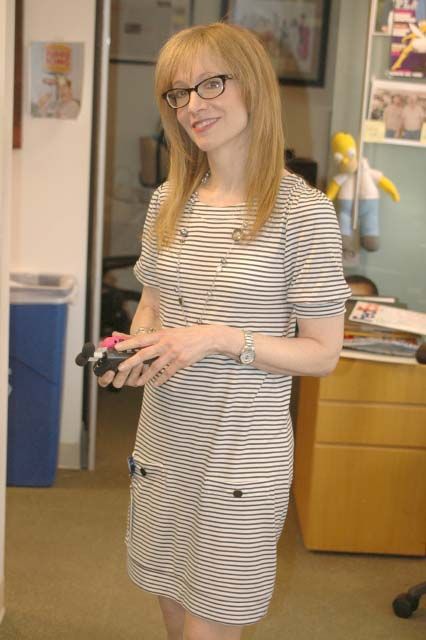 Lisa G came in with the Howard100 News headlines and told Howard she wasn’t happy that Steve Langford got to cover the Celebrity SuperFan RoundTable in LA. Lisa explained that she was the one who covered the celebrity stories: “I didn’t agree with their decision…that’s my beat.”

Lisa said Steve had pitched a couple LA-based stories, so they’d sent him instead: “If it were the other way around, it wouldn’t happen that way.”

Brad promised we’d hear them later this week: “They were both LA based…we had to knock it all out at once.”

Brad promised that it had nothing to do with Lisa’s job performance: “It was a total budget issue.”

Lisa Takes Hits and Plays One

Howard played a couple clips from the Celebrity SuperFan RoundTable in which Natalie called Lisa a ‘stick in the mud’: “I think she’s a good person but she’s no fun!”

Later, Steve Langford reported that Natalie had also offered Lisa the chance to play violin on-stage at the Dixie Chicks’ Meadowlands show on June 10th. Lisa said she’d do everything she could to learn the music: “If I can play the music, I will. That’s awesome. I’m not so good but maybe I can play it…if they can dumb it down!”