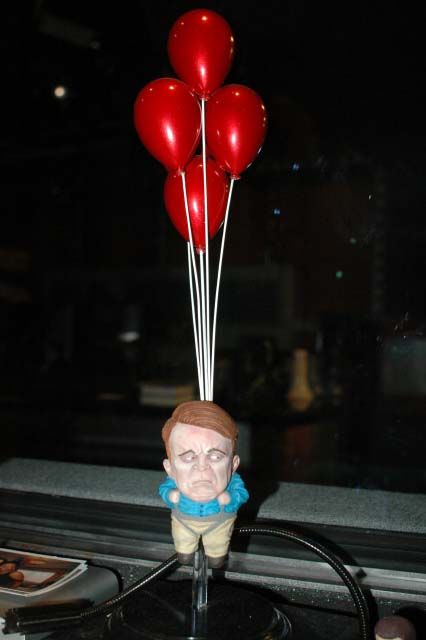 Eric the Midget called in to speculate about Simon Cowell’s ‘American Idol’ replacement: “I think that maybe Elton John would be good.”

Howard doubted that Elton would ever consider taking the gig—for the same reasons Howard wouldn’t: “They would have to blow me. I told you. I was offered–this year–my own network television show. Being the judge. I would run the show.”

Gary showed Howard a link on Eric’s Website where you can buy things–for Eric: “It’s like a registry. A bridal registry.”

Eric said his fans really do buy him things, like computer games and art supplies. Howard couldn’t figure out why Eric would need some items on the wishlist, including a leather recliner, Oakland A’s cufflinks and a travel clock: “He never goes anywhere!”

Before moving on, Howard asked Eric for some of his “Vincent van Didn’t-Grow” artwork.