Elisabeth Hasselbeck Is Wrong Twice Over 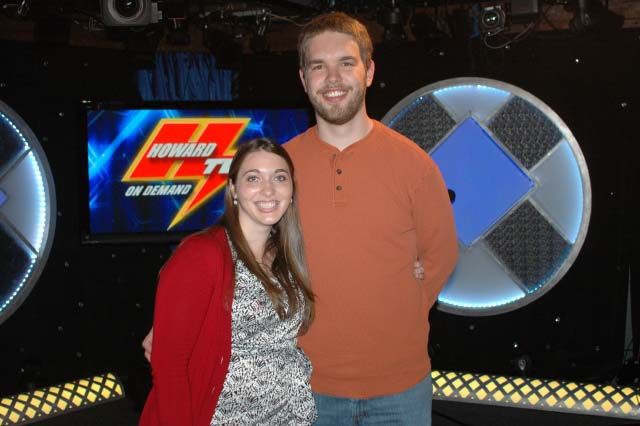 Howard welcomed Wade McGilberry and his wife, Katy, to the studio and reported that Wade had recently won a million dollars in the MLB 2K10 Perfect Game Competition.

Katy said Wade wasn’t much of a videogamer before he’d heard of the contest, but had nailed the prize on the first day of competition: “I wouldn’t say he’s a very strong videogamer…but when he does play, he figures things out very quickly.”

Wade told Howard he knew he had a chance at the prize when he’d successfully pitched 7 perfect innings: “I was sweatin’ big time…I just gave a big ‘woo’ at the end and that was it.”

Wade told the crew he and Katy planned to tithe 10% of his winnings to their church–an idea Howard thought was almost as crazy as their relatively chaste courtship. On their way out, Katy marveled at her husband’s feat: “They said they didn’t know that it could be done.”