Gary Turns the Camera on Scott

Gary’s Book Is a Pain 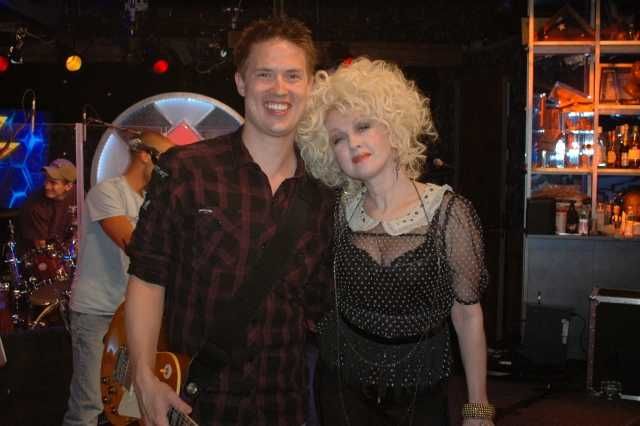 Cyndi Lauper and her band (including blues guitar phenom Jonny Lang) stopped by to promote their new record “Memphis Blues.”

Howard told Cyndi she looked good and asked why she’d been blowing into a balloon during rehearsal. Cyndi said it was on many exercises she uses to warm up: “It stimulates the lung points.”

Howard asked Jonny Lang how he came to collaborate with Cyndi, so Jonny shrugged: “She just asked me to come down and play.”

Jonny said he started playing guitar at 13 years old: “My dad took me to see a band and I fell in love with the guitar. Just a blues band in my hometown. I actually started taking lessons from that guy.”

A couple of years later–at 15–Jonny dropped out of school to front his teacher’s band: “I promised my parents I would [get a GED] but I didn’t.”

Something About the ‘Penie’ and the Vagina 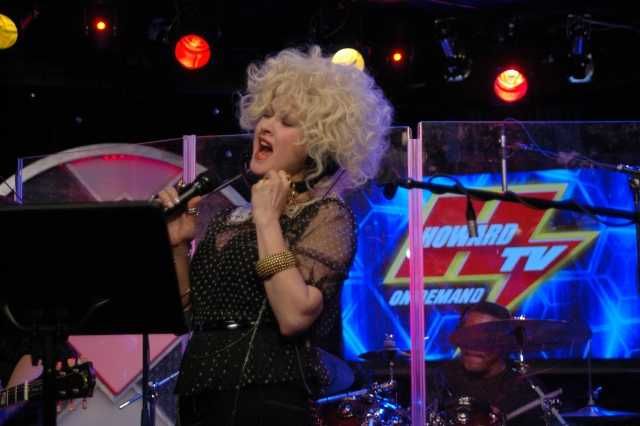 Howard wondered if Cyndi’s 12-year-old son was taking advantage of his mom’s fame, but Cyndi claimed he was very innocent–he learns about sex from his hockey buddies, who told him “something about the ‘penie’ and the vagina and he was like, ‘China?!’ That’s when he was 8, so we had to tell him. He thought it was disgusting.”

Cyndi said she wanted to give her son a better childhood than the one she had at the hands of her mother’s second husband: “The cops would come and say ‘domestic disturbance’ and leave…my poor brother, when he was old enough and tough enough and tall enough, he went in and told him to leave.”