Howard said he finally made good on his promise to pray en masse but his curly hair broke rank: “I went to a Hasidic temple…so I wore a hat. I wasn’t sure if that was disrespectful. Because a yarmulke doesn’t stay on my head and I don’t want to mess with that hairpin.”

Howard didn’t know how to behave as he’s forgotten all the temple rituals he grew up with: “I seem to have blocked out any memories of it.” Howard wasn’t even sure how to pray: “Should I start thinking about the issues I have or should I start talking to God?”

Howard said he questioned himself: “I know it’s ridiculous. On some level, I knew, even sitting there. I was like, ‘What am I doing?'”

But his need for help surpassed his doubt: “I’m a very skeptical guy about everything. But I’m taking a leap of faith here. I’m at my wit’s end.”

The bulk of his prayer was a blur: “I’m not even sure what I said. That I needed help.”

If They Only Knew 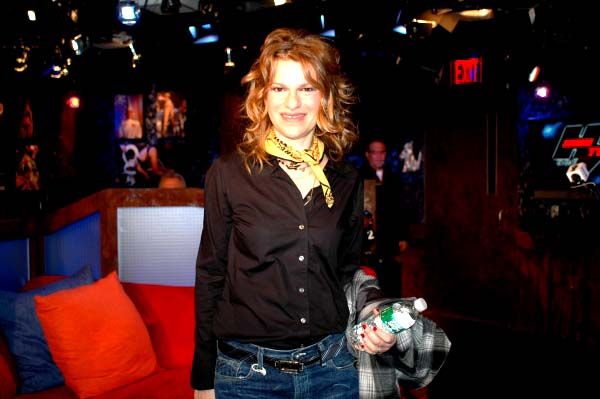 Howard revealed that he was praying for “a person I know in my personal life…I know he needs help.”

Howard said he’d gone to temple with Sandra Bernhard and noted–along with all the other men who were separated from the women as they do in an orthodox Jewish temple–her incredible singing voice: “Little do they know, she’s into pussy. She’s singing for pussy.”

Howard said the entire experience was comforting. The recitations even showed him how we’re all alike: “They don’t sound any different than these devout Arabs.”

But he was disappointed that prayer didn’t show immediate results: “I thought God would be impressed that Howard Stern was in there. You know what I mean? Usually I get special attention.”