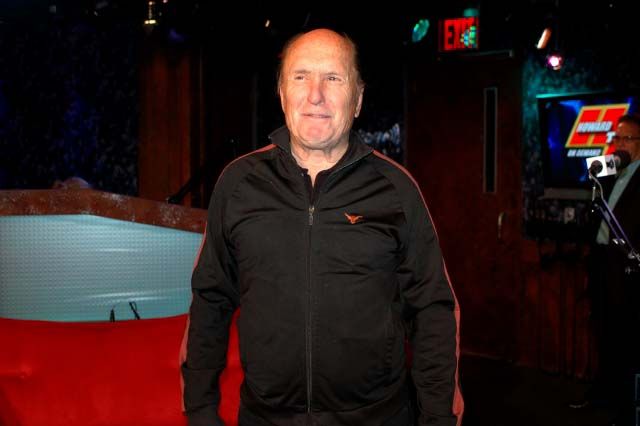 Robert Duvall stopped by to promote his new film, ‘Get Low,’ and refused to count himself among the world’s top 5 actors: “You forget the black guys. There’s some good black guys.”

Robert also named Bill Murray, his ‘Get Low’ co-star, to the list: “He’s one of the few guys out of Saturday Night Live that’s a legitimate actor.”

Mel Gibson didn’t make the cut: “The guy is strange.”

Howard asked Robert to cite his best work, and Robert quickly answered that it wasn’t on film–‘Lonesome Dove’ was on TV: “It’s like the Bible in Texas.”

Robert then asked the crew a cryptic question: “Where’s the cadaver?”

Howard didn’t know what to say. Robert laughed that he was looking for SiriusXM VP Scott Greenstein–back in his days as a producer, Scott saved ‘The Apostle’ from the clutches of Miramax. 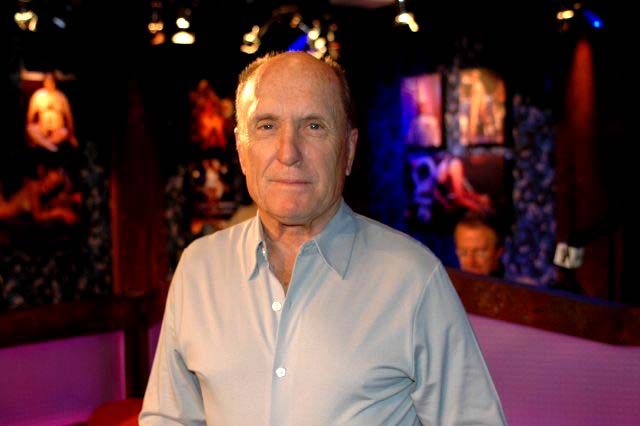 Howard had a pile of reports about Robert and asked him to comment. The first was about his distant relation to President Obama: “That’s what they say. I’m related to this guy.”

The second was about Joaquin Phoenix’s attempts to get him angry on the set of ‘We Own the Night’–Robert said he’d been annoyed with the process of method acting: “Just tell me to be mad. I’ll be mad.”

Howard then questioned Robert’s friendship with right-wing pundits like Pat Robertson, so Robert shrugged: “It’s better than these radical Muslims.”

Robert’s conservative views also emerged when he said it was important for actors to stay busy between scenes: “Hobbies, hobbies and more hobbies. It keeps you off the dope.”

At several points, Robert said he had something to share with Howard in private, but Howard later reported that it never panned out: “He said, ‘That’s going to have to wait. That thing I was going to tell you.’ Cause the guys were all hanging around.”

When Howard asked what JD should do about his inability to orgasm, Robert thought Howard should counsel his protégé: “Only you can give him advice. He looks like your son.”