John Wants to Talk About Love 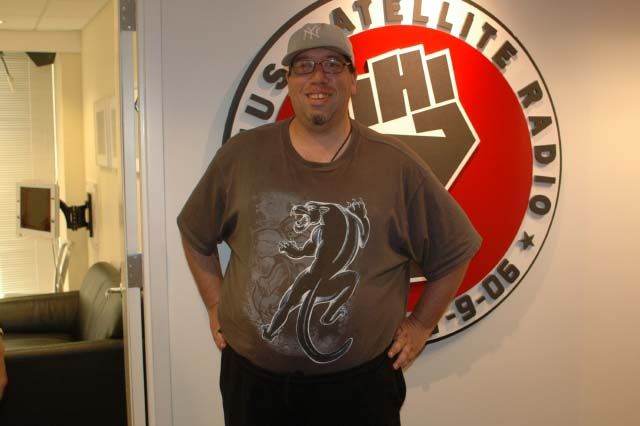 High Pitch Erik stopped by to catch up with the crew–Howard took note of his limp: “He has a slew of problems and almost all of them are old fat lady problems.”

Howard said he wanted Erik to participate in the staff-wide IQ test and wondered if he could best K.C. Armstrong’s old score of 88: “Erik, you think you’re smarter than K.C.?”

Gary told Howard he was unsure how Erik would score on the test: “He’s got major problems until it comes time to figure out how to get free shit out of people and to con them. And all of a sudden he’s not that dumb.”

Erik stepped on the in-studio scale and weighed in at 330lbs, crediting his recent weight loss (Erik said he had gotten up to 350lbs a few months ago) to his daily lunch: a McDonalds chocolate shake and 2 apple pies.

Howard couldn’t figure out how Erik had arrived with a female companion: “Who’s that girl with you?”

Erik’s answer–another question–surprised everyone: “Remember that girl (Laura) I threatened to kill a few years ago?”

Erik said Laura started talking to him again “because I turned my life around!”

She came in to report on their bond: “We met on MySpace and just sort of started hanging out.”

Things soured when she had less time for him: “He threatened to kill me, my parents, my grandfather, my animals.”

At the feud’s height, Erik would leave her around 300-400 threatening messages a day.

Before letting Erik go, Howard noted that Erik’s XXXXL t-shirt had the same bad panther-that-looks-more-like-a-lizard design as the tattoo Ronnie got in Vegas a few years ago.