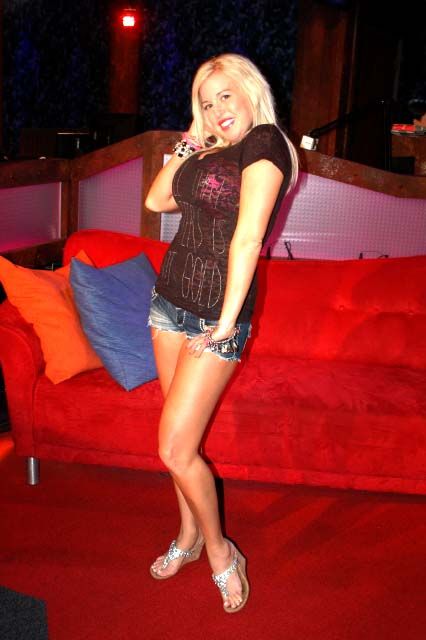 Andrea Ownbey (aka Miss Howard Stern) stopped by to update the crew on her recovery, saying she’d been given a 2% chance of survival after her recent car accident: “I was thrown 58 feet out of my convertible. I have no memory–I have no memory of it.”

Andrea said her face had to be reconstructed, but hadn’t been ruined: “I’m so lucky I still have my face because my skull was completely bashed in.”

She’s tried to stay positive (“My boobs didn’t pop!”) but it’s difficult: “I have horrible headaches now. All the time…my taste buds are not the same. I go to drink a Coca-Cola and my eyes water. It just tastes different?”

She can’t even really cry anymore: “People think it’s fake because my tear ducts are messed up and no tears come out.” 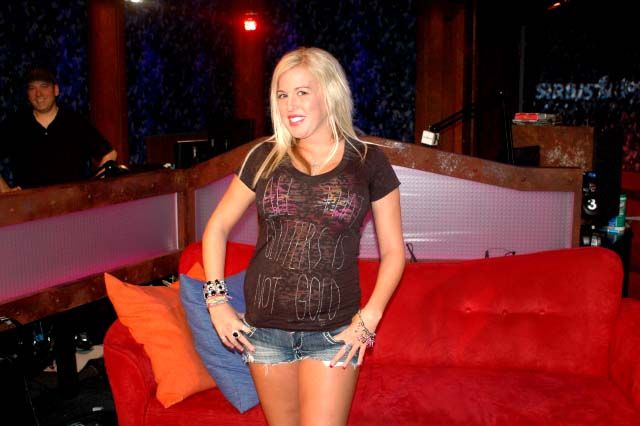 Andrea said she spent ‘4 or 5’ weeks in the hospital: “I don’t remember anything except the day I left the hospital and [even then] I still didn’t know what happened.”

She now regularly contemplates suicide: “I hate life. Everyday I wake up and I hate life…it’s just everything. All these years [I was] totally screwed up on drugs and drunk. I guess to cover up the pain. So I guess I didn’t really feel–see real life.”

Andrea also confessed that her depression has given way to self-destructive behavior: “I’ll get on the interstate and get up to 120 miles per hour and close my eyes.”

Doctors have her on a battery of anti-depressants–they’re desperately trying to find one that works: “All I can do is try. Keep trying.” The drugs’ side-effects have robbed her of everything worth living for: “I actually have no sex drive.”

Maybe Love Will Fill the Void 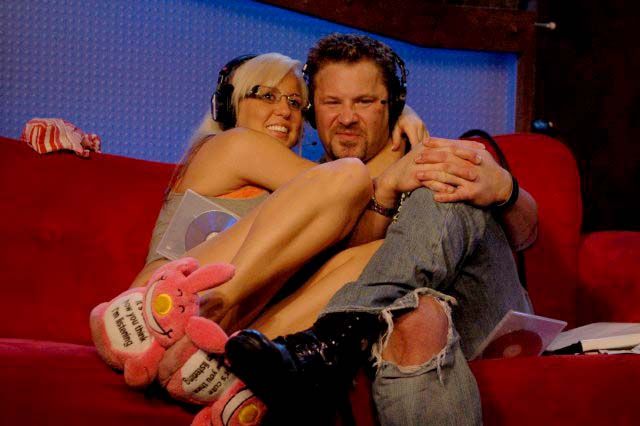 Andrea said she planned to beat depression: “And I do want a husband. That’s why I went on SugarDaddy.com because I can’t take care of myself.”

But her attempts at online dating haven’t been successful: “They think I’m a spoiled brat and I have a shopping problem.”

Her suitors will assume a large debt–Andrea’s medical bills total “over a half a million dollars.” Accordingly, she’d like to meet a man who makes at least $500,000 a year: “I want a miracle basically but I want to be in love too.”

Miss Howard Stern Jr. Is on the Same Track

Andrea thanked the show for their support, as the title of Miss Howard Stern is the only thing she has left: “This is one of the only things that makes me happy.”

She also has her 11-year-old daughter–but has begun to notice some familiar patterns in the young girl’s behavior. She’s already pretending to be 15 years old on MySpace and Facebook: “She ran away to the beach the other day with a boy…[but she’s] not as bad as me. She’s smarter than me.”

She’s Got a New Vagina – And a Message 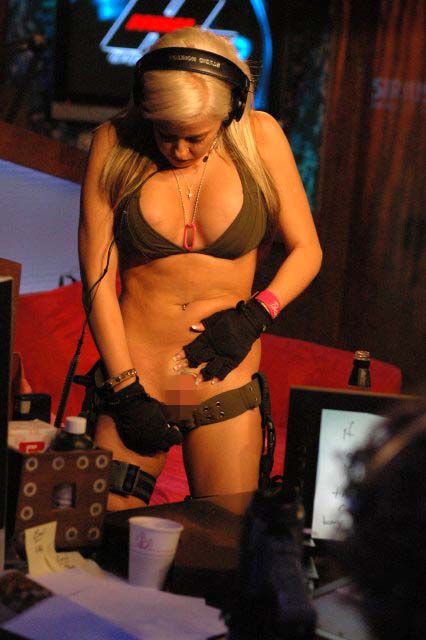 Howard asked if reports about Andrea’s labiaplasty were true, and she confirmed it: “Just because–after having baby, I just saw–it wasn’t exactly the same. It wasn’t bad…I just had the labia trimmed…and some fat injected inside [to tighten it up].”

Andrea said she had a new message to go with her new vagina: “Wear your seatbelt and tell your kids.”

Howard appreciated this turn: “I like that Miss Howard Stern now has a message.”