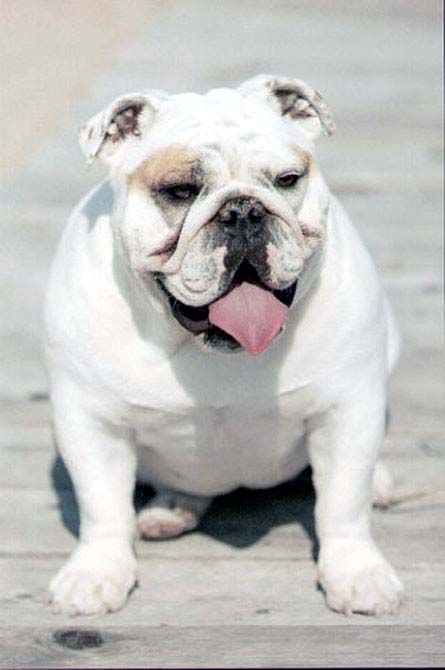 Howard declared the contest a single-elimination battle and asked Sal the first question:

1. What is the name of Howard’s bulldog? Sal guessed it was ‘Bianca Rebecca Romijn-Stamos-O’Connell’ and was eliminated. Jim McClure stole the point with the correct answer–Sal was close, but there’s no ‘Rebecca’ in Bianca’s full name. It was later determined Jim was also incorrect; the dog’s name is Bianca Jane Romijn-Stamos-O’Connell.

2. What year did Howard graduate from Boston University? Richie Wilson was eliminated with his guess: 1968. Brian Phelan knew it was 1976.

3. Stuttering John once lost a footrace to which NFL player? Benjy didn’t know and was immediately eliminated. Tim Sabean guessed (“I think it’s LT.”) but was also eliminated. Jason knew it was Marco Battaglia.