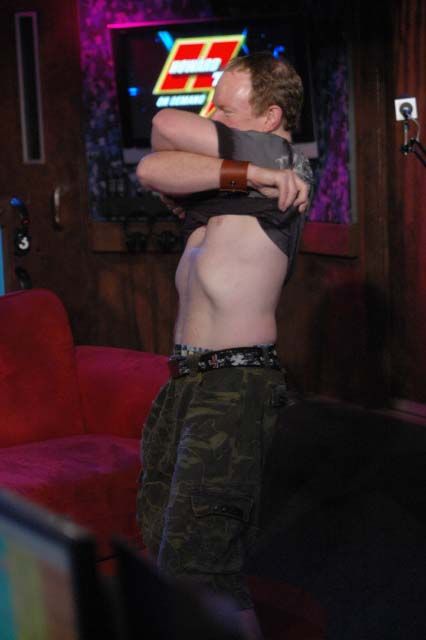 Richard rushed in to oblige: “I’m excited. Well, not in that way…should I take my clothes of slowly and make it sexy?”

Richard’s excitement disgusted Howard: “Just get them off and get out.” As Richard stripped,

George offered some workout tips: “You need to do some sit-ups, I think.”

When Richard had fully disrobed, George enthusiastically shouted his catchphrase: “Oh my! You’re shaved too! Bravo!”

As Richard stood in the studio–naked, begging for Robin to look his way–George evaluated his body: “Be a little bit more conscientious about working out…[but] you look fantastic.”