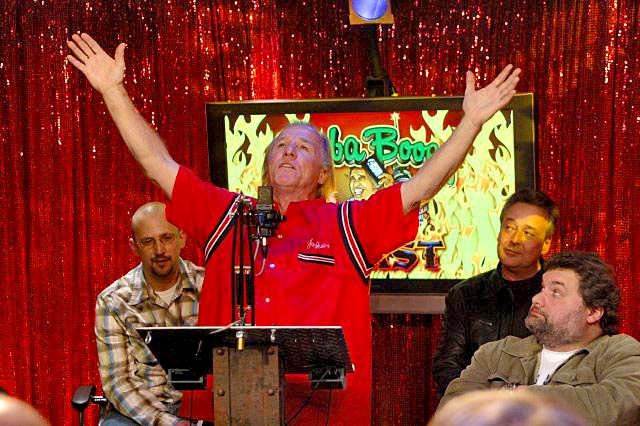 Steve Langford reported that Jackie ‘The Joke Man’ Martling will be hosting a special ‘Jackie’s Turn’ episode of ‘The Joke Hunt’ in which he answers questions about why he left the show, so Howard shrugged: “The answer’s simple. Jackie went berserk.”

A caller asked if Jackie might sit in–like George–in ‘The Artie Chair’ someday, but Robin cut in, saying she always vetoed the proposition.