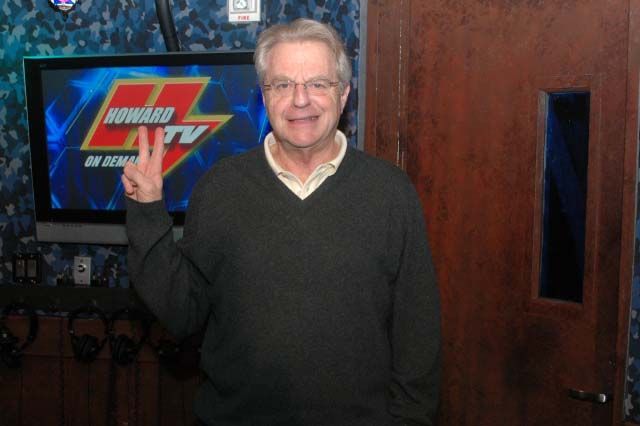 Jerry Springer stopped by to promote his new GSN dating show, ‘Baggage,’ and explain to Howard why left his judging gig on ‘America’s Got Talent’: “It was a combination of things but clearly they wanted to go younger.” Jerry said he never could have predicted his future, as his primary interest had always been politics: “That was my passion…[but] getting elected Mayor (of Cincinnati) was a fluke.”