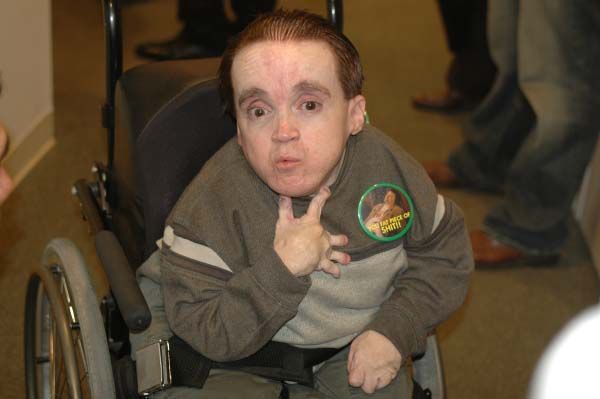 Early in the show, Howard said he’d watched Eric the Midget’s video review of ‘True Grit’ and wondered if the little guy was taking cortizone–he doesn’t look well: “His face looks blown up.”

Robin laughed: “When has he looked well?”

Howard conceded: “Well, you know what I mean. He looks worse than usual.”

In a clip, Eric quipped that ‘True Grit was “truly good.” Howard said the review only got worse: “It goes on and on.”