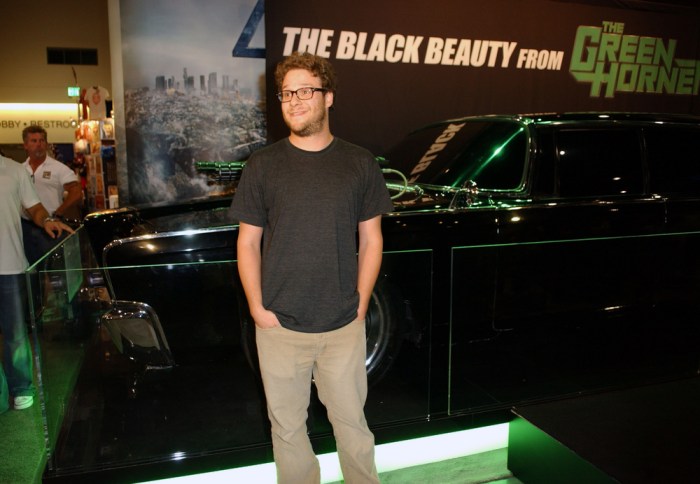 Seth noted that he’d worked on “The Green Hornet” script with his writing partner, Evan Goldberg. So Howard asked if Evan ever got jealous of the (big, big) money Seth makes from acting.

Seth laughed. “Literally, right now we’re rewriting something, so he can kind of catch up,” he said. “I realized that the closer he is to me in money, the easier my life is, too, because then I don’t have to do stuff so he can make money.”

Howard asked if Seth’s house was nicer than Evan’s and Seth nodded. “It’s significantly nicer than his,” he said. “He’s not good with nice things. He’s the guy that breaks his shit.”

Seth later said he didn’t feel that bad, as things used to be the other way around: “When we were growing up, his family was way richer than mine.”