Jeff the Drunk Has A Tumor

Jenny Hutt Is Down One Famous Friend

Why Alexis Wasn’t Booked Too

The Sex Jumpers Did It

The singer-songwriter stops by the Stern Show. 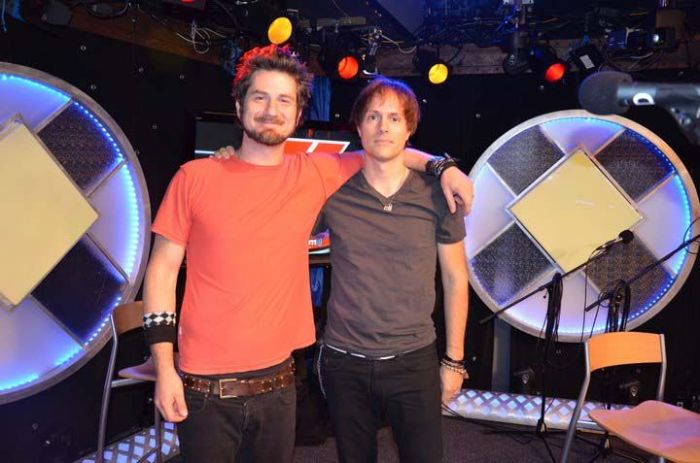 Late in the show, singer-songwriter Matt Nathanson stopped by with his guitar player, Aaron Tap, to play, at Howard’s request, a cover of Prince’s ‘Little Red Corvette.’ Matt originally performed the song in The Onion’s AV Club, but when they posted it to the Internet, he caught as much flak as attention. But Matt’s tough mom had long prepared him for Internet ire: “She’s into disappointment…I don’t know what her expectations are.” Before he left, Matt also performed his hit single, Come on Get Higher, and told Howard about being sent to boarding school in fifth grade–bizarrely, just 15 minutes from his parents’ home: “It was actually a really good school, it was just a bunch of weirdos…I remember this one kid brought in a mannequin head like, ‘I’m going to f’ this mannequin head.'”