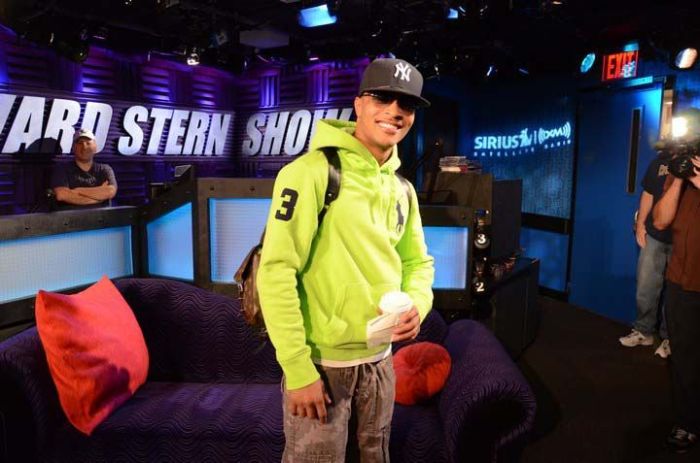 Atlanta rapper T.I. stopped by to promote his new book, “Power & Beauty: A Love Story of Life On The Streets,” and talked about his most recent stint in jail, saying his paranoia gave way to an obsession with weapons: “An attempt was made on my life and my friend died in my arms and after that…”

While on parole for weapons charges, he and his wife were arrested for drug possession. He’s glad–unlike some other members of the hip-hop community–that his wife didn’t try to take the fall: “I ain’t angry with nobody. You know, I never blame anyone for matters I put myself in.”

T.I. said he was angry, however, with all the money he could’ve made while in jail–before getting locked up, “I was doing about 225 [thousand dollars] for a concert and about 75 to 100 for an afterparty.”

Now, he’s making every effort to learn from his mistakes: “I try my best to draw from my experiences–my previous experiences–and apply them to my present.”

But nothing’s like the real thing: “Only thing better than pussy is more pussy.”

But T.I.’s committed to his wife–and 6 kids: “I have one wife and children by two other women.”

And relative sobriety: “I haven’t smoked weed since 2007. October 13th. ‘Cause that’s the day I got arrested.”