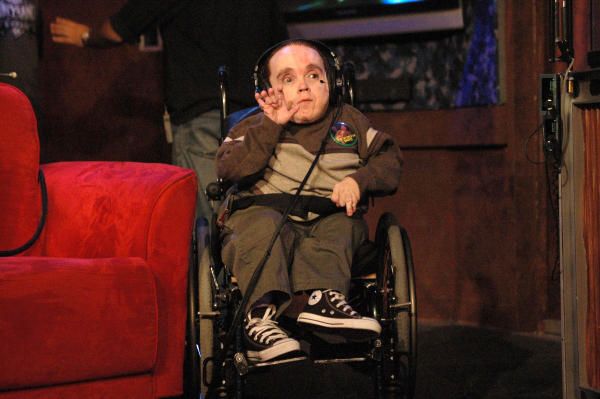 Eric the Midget called in to complain–yet again–about having to wait on hold. Eric believes he’s a priority caller: “I’m not under any f**king delusion. I’m not a delusional person.”

Howard countered that Eric set his own priorities: “You’re a caller to a show. So if you don’t get through, hang up! Go on with your day.”

Howard then revealed that the show-runner for “In Plain Sight” had written a small part for him–a part Gary quoted as Eric’s biggest yet: “Four lines!”

New Game: What Would the World’s Biggest Whore Do?