Benjy Got a Weave

The Ladies of ‘The Talk’

Sharon Osbourne on ‘The Talk,’ Plastic Surgery, and Her Friend Julie Chen

Sharon Osbourne on ‘The Talk,’ Plastic Surgery, and Her Friend Julie Chen 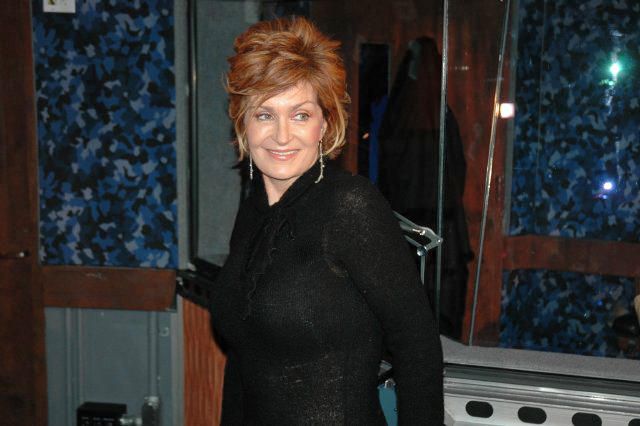 With Sharon Osbourne in the Stern Show studio this morning, Howard asked why she takes frequent, week-long breaks from her TV show “The Talk.” Sharon came right out and said her absences has to do with her plastic surgeries. “Because I needed to have my titties done and I needed to have sex with my husband,” Sharon told Howard. “Julie’s going to let me have some more time off for the chin. It’s got to go.”

Robin didn’t think Sharon needed any more work, though, and congratulated each of the women for surviving L.A. without collagen-injected lips. Sharon laughed and told her, “We don’t need duck lips. We’ve got them down there.”

Howard wondered why the show had recently dropped audio on a lengthy portion of dialogue, so Sharon explained that what was said was too hot for daytime network TV. “[Someone] said she had sex and got an itchy fanny … you can’t say you get it up the ass at one o’clock on CBS,” Sharon explained.

Speaking of CBS, Howard turned to Julie and asked if her husband, CBS President Les Moonves, had made her sign a pre-nup. Julie revealed she’d signed a very generous one.