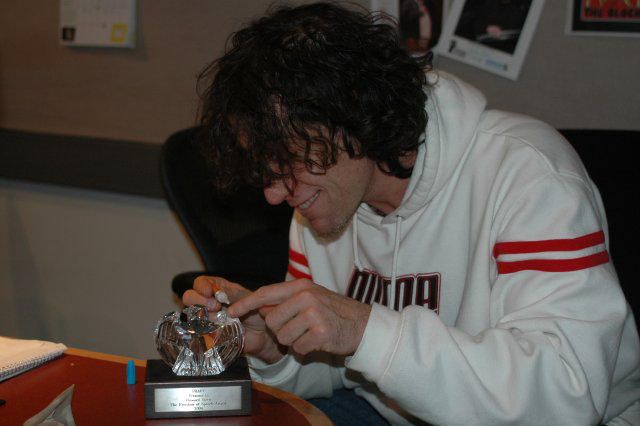 Early in the show, Howard complained that Ralph pressuring him to turn over the raw images from Sunday’s Champion! Magazine app cover shoot.

Howard said he’d rather edit and sort the images himself, but Ralph refused to turn over the app’s cover crop specs: “After I get my specs, I’ll put it together and then you’ll see the pictures and you guys can pick which ones you want. That’s how it works.”

Howard said he didn’t want to hand over a portfolio of raw images: “I don’t have to show him my unfinished work. Right?”

Especially to someone with no real authority: “He’s not even a professional art director or anything and already he’s got a protocol.”

Howard fumed that Ralph drove him crazy: “He is so annoying. He’s annoying! … Just send me the cropping specs!”

Ralph later called in to defend himself, but Howard remained on the attack: “Now I understand why people can’t stand working with you…just be so happy I’m doing this.”

Ralph said Howard had the specs at his fingertips: “Just measure your iPad!”

Howard shook his head: “When you work for a magazine, the magazine doesn’t say to you, ‘Go measure the magazine.'”

San Francisco, Butt of Another Joke