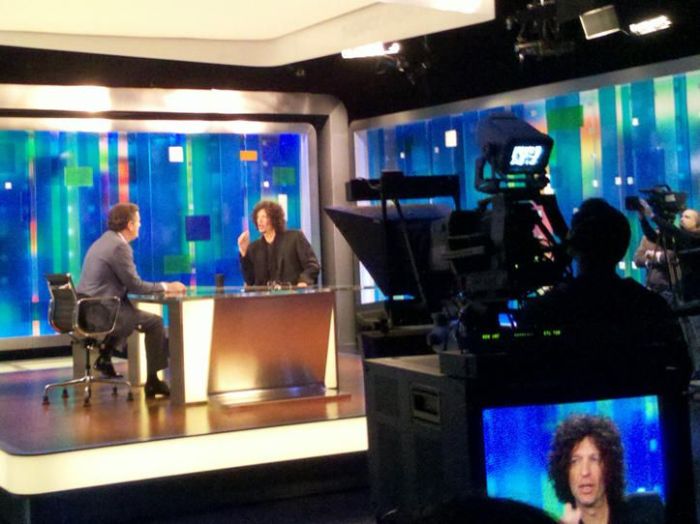 Howard said Piers Morgan had contacted him yesterday to arrange his next appearance on the show, but “the next thing I know, Piers is Tweeting about me.”

Robin looked forward to Piers’ appearance on Monday but thought his attempt at a feud was obviously an attempt to grab headlines: “I think he’s trying to get something going with you one way or another.”

Howard said Piers was no match: “I’ve beat the shit out of every competitor you can name. There isn’t one left standing…I’d be in big trouble if [Piers] was my competition.”