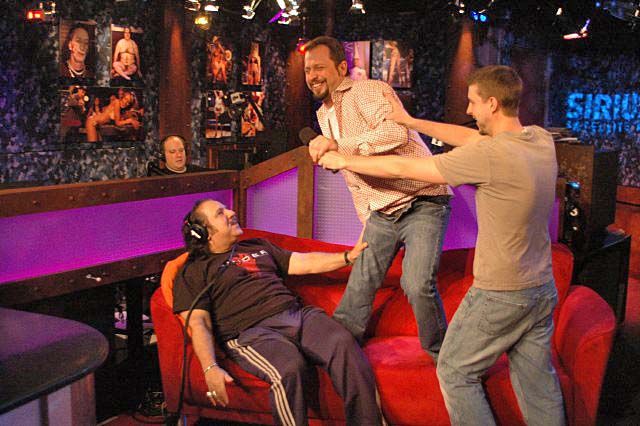 After playing a clip from yesterday’s Wrap-Up Show in which Sal described how he’d once tried to sneak up behind Ron Jeremy to put his balls on Ron’s head, Howard asked: “Why couldn’t you be at [a] party and not be the idiot who puts the lampshade on his head? Why do you need to be the idiot?”

Sal came in to shrug: “That’s a good question.”

Robin agreed with Howard: “You weren’t hired to be ‘Sal.’ You were just an attendee, right?”

Howard continued to investigate Sal’s thought process: “Emotionally, what are you missing?”

Sal blamed his childhood: “It does go a lot back to my dad…subconsciously, I think I’m a jackass.” Robin interpreted: “He’s so used to negative attention, he doesn’t know how to seek positive attention.”