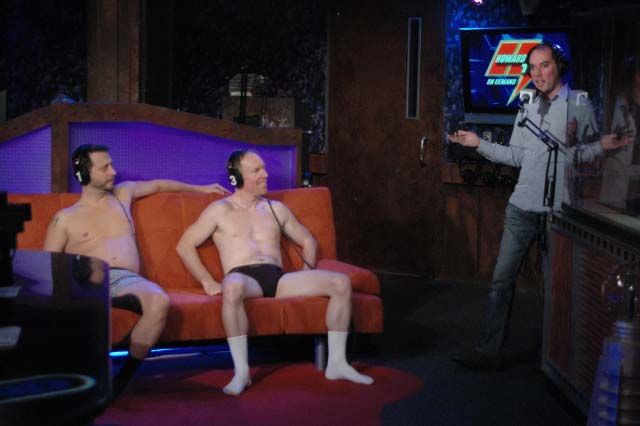 Richard told Howard that Mike once went to an ‘Underwear Party,’ so Mike explained that a lot of people had reached out to him after his on-air confession: “I got invitations, RSVPs, everything.”

He accepted one such an invitation–to Fire Island, a popular gay vacation spot. His first night there, he went to a club that was hosting an underwear party: “Once you get to the club, you check in your clothes. Just like you check your coat.”

This seemed to be the cue for Sal and Richard to enter the studio in their underwear to sit with Mike for the rest of his interview.

Since he’d been drinking all day, it wasn’t until the next morning that he hazily recalled dancing–and hooking up–with a guy at the party. Luckily, it was one of the guys he was staying with: “Like the hottest guy there.”