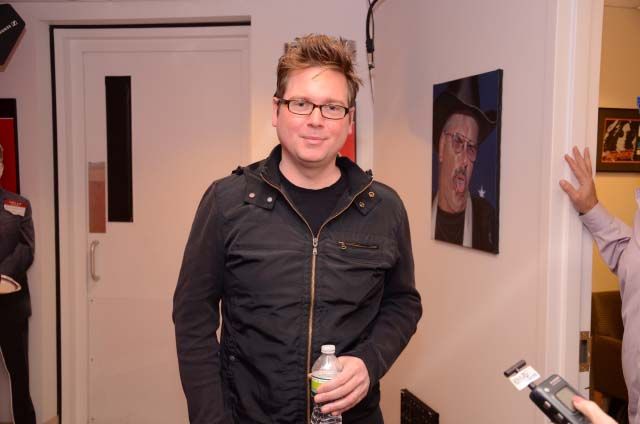 Twitter co-founder, Biz Stone stopped by to meet the crew’s Twitterers and described how he quit Google to start his own company: “For the first year or so, I was taking out my calculator and saying, ‘Oh my God. If I’d stayed…'”

After his first company failed, he dispatched the other co-founders to come up with something new–they wrote the code for Twitter in two weeks: “Originally, people were pretty underwhelmed.”