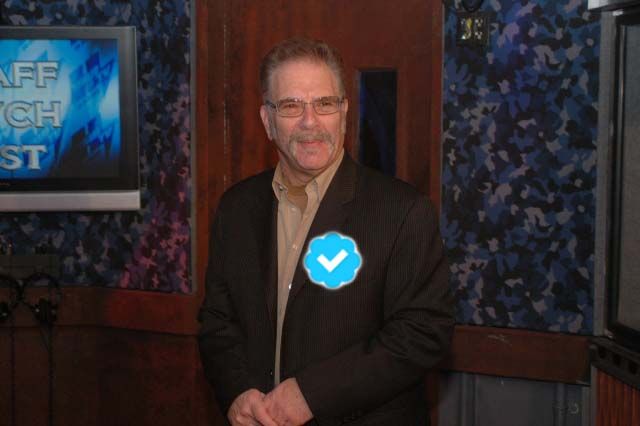 Biz promised to verify one Twitter-happy Stern staffer if they could make their case in less than 30 seconds, so the crew filed in: Ronnie the Limo Driver said he had 40,000 followers and several impostors: “I have imitators that get on there with my picture and everything. They get on there and call women whores and sluts in my name.”

JD said he had 80,000 followers: “I take my tweeting very seriously, and, uh, yeah, I have people impersonating me…I do, like, have a sort of–it’s a low level of fame and I can’t get much out of it. This would be [enough].”

Brian Phelan said he didn’t draw the same numbers as his colleagues: “These guys have followers. I have none. I have 2,000 followers. Nobody knows who I am. And I’m gonna party with anybody who does follow me.”

Biz awarded the ‘Verified’ status to Ronnie: “Verification was designed so people would not be impersonated…I think we owe him a little something.”