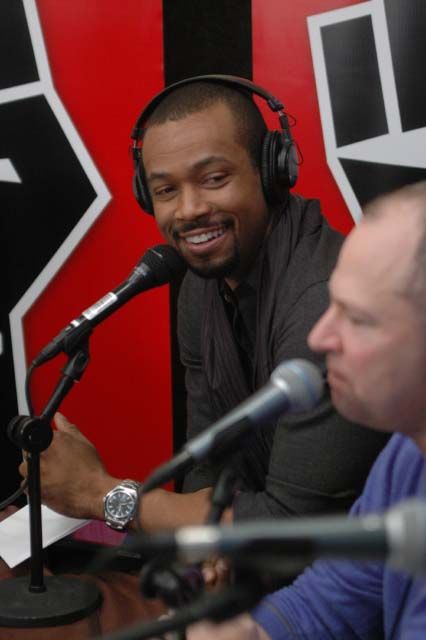 Howard asked if Kathy was really dating Isaiah ‘The Old Spice Guy’ Mustafa, and Kathy nodded, saying Isaiah was something of a rebound: “I came out of a very rough break-up in July … after that, I thought, ‘OK, I’m not going to chase any guys.'”

Kathy claimed that she’s since maintained this casual attitude. “Isaiah just started asking me out … I have no claim on him. He has no claim on me,” she told Howard.

Howard wondered if Kathy has been penetrated by Isaiah’s “Old Spice penis,” and Kathy laughed and then confirmed, “Yes, of course. Yes! We’re dating. Many times.”

But Kathy refused to give any dimensions of her boyfriend’s manhood. “I will say that he’s well-endowed,” Kathy said. “I don’t know the numbers.” Kathy also revealed their relationship started shortly before New Year’s. “All I know is that it’s lovely dating him and I really enjoy it,” she said.