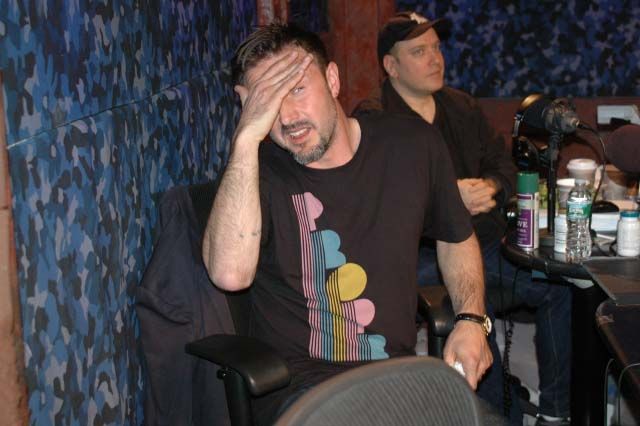 After dressing down Tim, Howard turned to David Aquette–who’s sitting in all week to promote ‘Scream 4’–and said he still thought Courteney Cox was lying about her new life as a single woman: “I think she’s lying to you. I think she’s involved with someone on the show.”

David refused to believe it: “She’s not a liar.” Howard insisted that he knew better: “I know for a fact.” And the knowledge was driving him crazy: “I’m getting tired of this ‘We’re such good friends’ bullshit.”

David didn’t comment, so Robin asked if David wanted to remain close with Courteney after their split, like Bruce Willis and Demi Moore. David nodded: “That is a pretty ideal situation.”

Christa Miller Is Caught in the Middle

Christa Miller Is a Celebrity Superfan

What Is ‘Old School’ Sex?