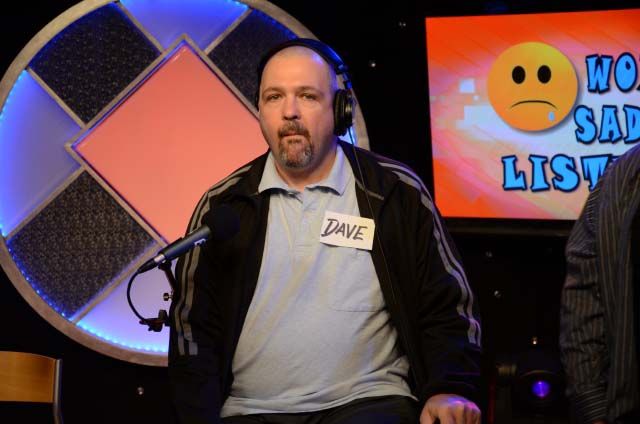 Dave, the second contestant, told the crew he’d been commuting home from work six years ago when a 16-year-old driver hit his scooter: “He hit me four times. He hit me twice hitting me and twice trying to get away from me.” Dave’s since had 14 surgeries on his leg–one of which went horribly wrong: “A nurse had sneezed into my open wound…my bone got eaten away by bacteria.” Dave whipped pulled up his pant leg to show the crew his mangled leg, a mess of scars and repurposed muscle: “This is like a Frankenleg.” Dave said his wife had killed her back trying to care for him: “The disks in her back are starting to break down…we’re both fully disabled at this point.” Dave said he had no legal recourse–the driver was only ticketed for making an illegal left: “And he beat the ticket.” If he doesn’t get money for another surgery soon, “the next time you’ll see me, I’ll be a one-legged man.”