An Entire Staff of Moochers 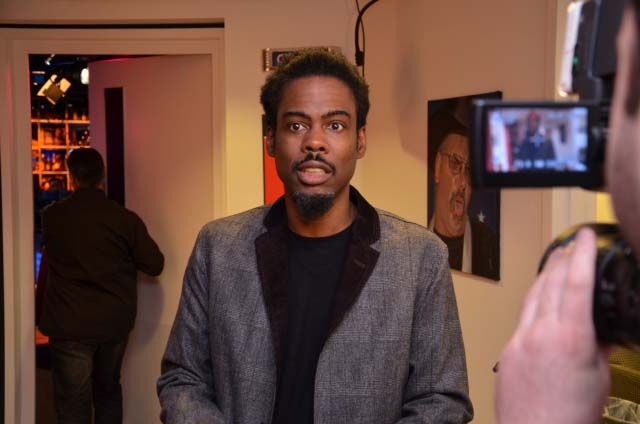 Chris Rock stopped by to promote his Broadway debut in “The Motherfucker with the Hat” and Howard instantly noticed the comedian’s new beard. Chris said he’s actually sporting the facial hair for the play since he’d rather be a method actor and have a real beard than glue a fake one onto his face each night.

“You know me. Me and Daniel Day-Lewis.”

Chris said his current gig on Broadway was a risk, as he doesn’t have sitcom money keeping him afloat: “I kind of make my money doing stand-up and the rest of the year just maintain.”

Asked why he hasn’t then done stand-up in three years, Chris shrugged, “It’s not that I turn it down. I just defer it. You know what I mean? I’m going to do it later. I’ll go on tour. I’m thinking about writing an act this summer and going out in the fall.”

Chris said workshopping a new act was hard work – he’ll hone it on stage in small clubs every night for about 90 days before taking it to larger audiences.

Chris said he felt comfortable workshopping in smaller clubs because he had the skill to bomb without losing control of the crowd – he can’t muscle a thousand-seat theater.

Howard wondered how long it took Chris to get comfortable “muscling an audience,” as Rock put it. “Honestly? About 10 years,” Chris answered. “I had nothing else I could do … I wanted to be a writer, to tell you the truth, but I had no idea how to get into writing.”

Chris told Howard it was hard work mastering his comedy craft. “A breath could make something not funny. Just breathing in when you should be breathing out,” he explained.

Howard asked what Chris would do if he ever lost a joke book which caused Chris to laugh since anyone who found his notes wouldn’t be able to read them. “If you found it, you would think I couldn’t read,” Chris said.

He pulled one such book out of his pocket and said most of the notes inside were simple observations, not yet fully-formed jokes. For example, Chris read one about the disparate women in his life, listing his mother, his wife, and his young daughters.

“When they don’t get what they want, they sound exactly the same,” Chris said.

Who Would Little Lupe Rather … ?