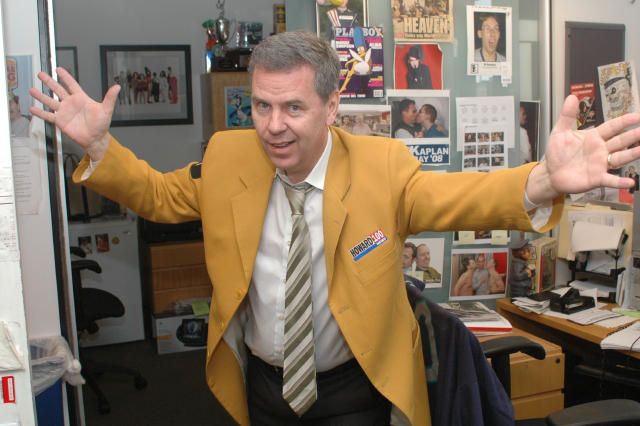 Steve Langford came in with the headlines for the first time since refusing to enter the studio yesterday to discuss his daughter’s interview of George Takei.

Howard explained that he’d just wanted to talk with Steve about abusing the show’s connections: “I wasn’t angry, I was just–hey, I don’t think that’s cool. That’s all.”

Steve seemed agitated, saying he didn’t come in yesterday “because I probably would have come in yelling.”

Steve admitted that he shouldn’t have asked George for the favor (“It’s your show and you’re right.”) but also didn’t want his daughter discussed on the air: “My kids are not material for the show.”

Howard told Steve he was the one who turned it into show material by asking George in the first place: “You took advantage of the show and involved your daughter with someone from our show.”

Before dismissing Steve, Howard cut him down: “If there’s anything else off limits with you, please let me know.”