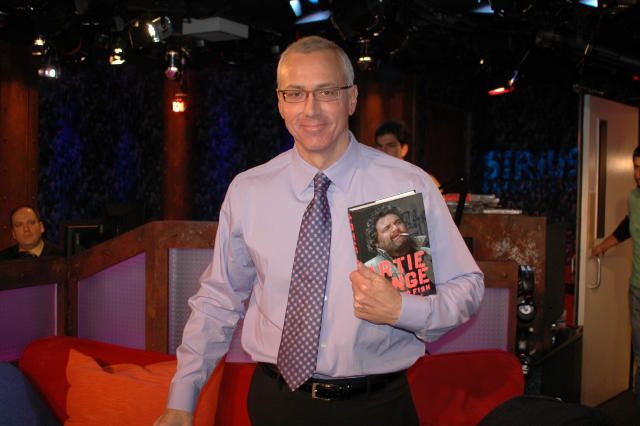 Dennis confessed that, as a dedicated family man, he’d largely given up sex: “It depends on how you look at it.”

Dennis placed the blame on boredom: “I don’t do anything with women. All I do is go smoke my cigars…[and] enjoy the sun, brother.”

Still, Dennis hasn’t given up the wild lifestyle–he’s still drinking–he naively tried to kick the habit on Celebrity Rehab. Dennis said only those under the influence would trust Dr. Drew’s methods: “I don’t know how you’re going to cure anybody on TV in 19 days…Dr. Drew is the biggest narcissist in the world.”

Before he left, Howard asked if he ever hooked up with Cindy Crawford, but Dennis denied going all the way, although they did make out, but Cindy found him too wild: “Jenny McCarthy said the same thing.”

Arnold Is A Free Man