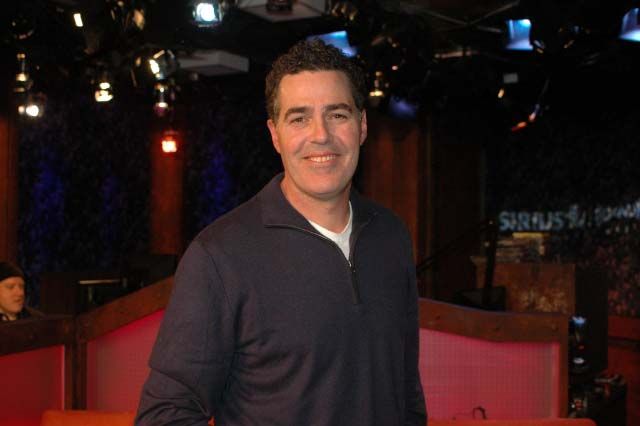 Asked about Jay Leno and his wacky car collection, Jimmy laughed that he loved Jay’s steam-powered car the best: “He drives around in that thing a lot. That’s why his clothes are always perfectly ironed…it’s as if he’s in a parade but he’s the only person in this parade. I don’t know what’s going on there. I think he’s so proud of those cars–he gets just so excited, like a child, he wants to go out on the street and show everyone his new bicycle.”

Jimmy said his good friend, comedian-podcast king Adam Carolla, had befriended Jay–they like to ride around in Jay’s cars together: “We don’t talk about it much because it’s kind of weird. Like, it’s a weird thing.” Howard asked if Jimmy had read Bill Carter’s ‘The War for Late Night,’ and Jimmy said he had: “I don’t think [Jay] came off that badly in the book. I was hoping it’d be worse.”